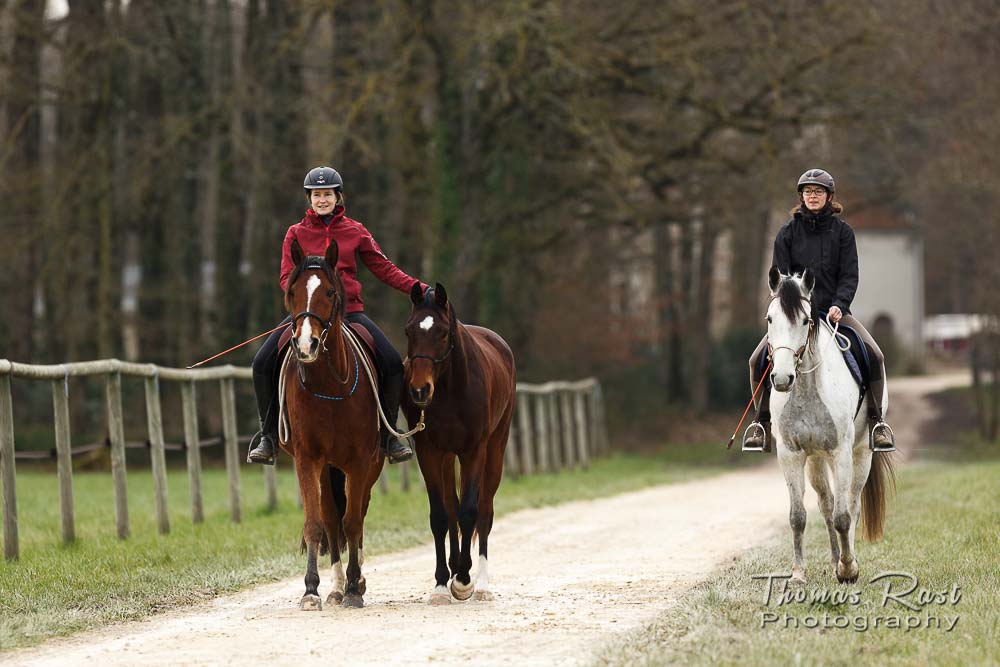 This week Tadjik had a lot of variety! I took him out into the forest next to Sahel two times. He is obviously used to doing that, which I knew. What he didn’t know so well is forest and the animals we have in our forest.

At the moment we call in the “Plessis Safari”.

It is hunting season in France, all the neighbours are very busy hunting deers and wildboars every weekend and also during some weekdays. I have the impression that a lot of animals come into our forest during this time of the year, because the Plessis forest is very quiet.

On the first trailride we met nothing, but we did lots of trotting in our forest. We also came past a house with sheep just next to the road. Sahel did a big spook, first time he ever did that, but Tadjik did nothing. Cool guy.

On the second trailride we met a lot of animals. Big male deer with huge woods, Tadjik was a bit impressed at first, but when he realised that his two trailride buddies Touareg and Sahel weren’t impressed, he decided it was fine. Later on we met a punch of about 20 big fat wild boar running through the bushes who in return stirred up another punch of 7 huge male deer. That really impressed him, it must have been his first wild boar in his little live, he got terrible heart beats! But again, after realising that Sahel and Touareg stayed calm, he decided it wasn’t so terrible and we could continue calmly. 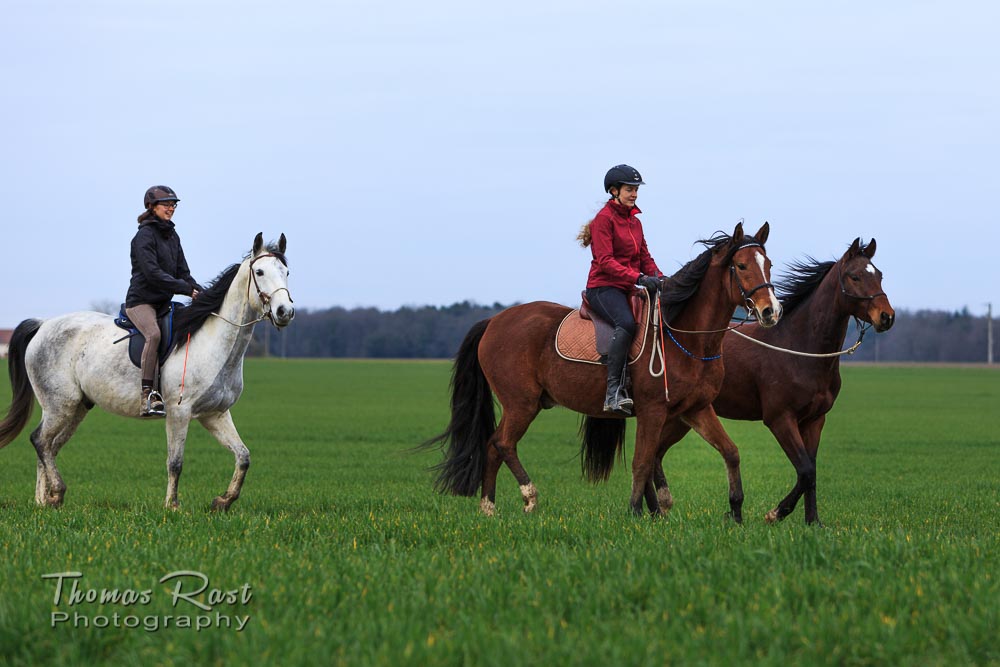 Another day I went with both horses for a walk through the bushes, I took Zayine and Finja took Tadjik. We went offroad, not using any path. We jumped big ditches, went over logs, around trees, squeezed through narrow spaces and walked through huge puddles. Both horses had a lot of fun and did a great job being a partner.

During his other sessions in the arena he is being very playful and sometimes also pretty naughty. I really have to play with him first, go with his ideas, run here and there, do this and do that before he can follow my plan. It is a lot of fun, he is thinking so fast and I can be so provocative with him, without him ever going right brain over a request from me. I started to play with the tarp and using it as a break spot. Of course only after he cantered and jumped over it a few times!

He is ready to ride, especially mentally. He needs a lot of variety so he uses his smart brain for my plans. If I don’t come up with new things fast enough, he invents them himself and he turns out quiet naughty! Lets see for next week, maybe I will start to ride him just a little bit, like 10 minutes every second session.