The Importance of a Good Start Under Saddle 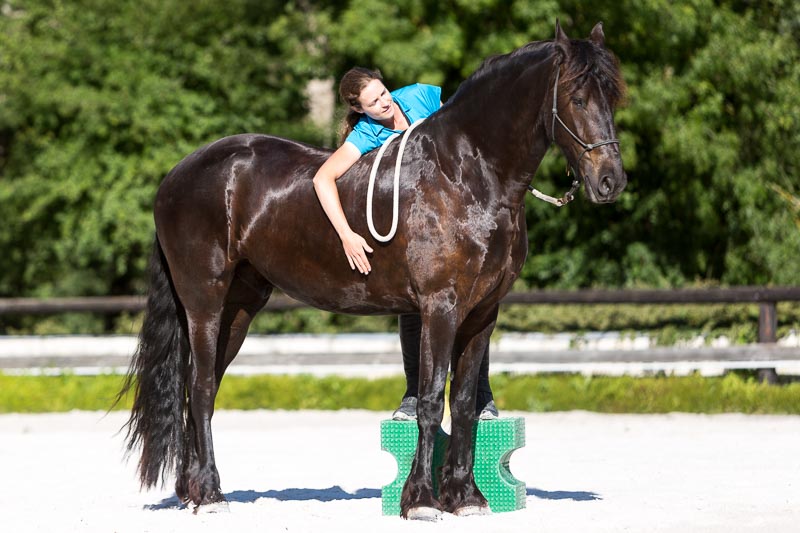 Do you also have a youngster you want to start under saddle this year?

Then you want to make sure that this start under saddle is a good experience for your horse.

Let me tell you why:

The start under saddle will be the horse’s first impression of the rider on his back.

This moment is very likely going to colour the horse’s perception of the rider for the rest of his life.

A few years back I’ve had a horse in training.

Its owners approached me because they experienced some serious issues with their horse.

The horse would often bolt very dangerously in the arena and the girl would lose control completely of the horse.

Sometimes the rider would even fall together with the horse in the corner or in a turn because the horse was just so terrified. 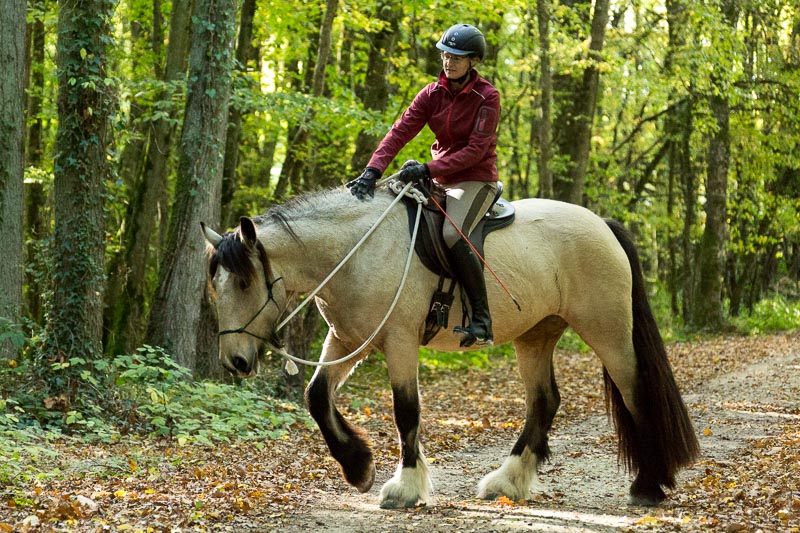 So when I had the horse here at my place, I figured out that the horse was absolutely terrified of the rider.

The horse showed fear as soon as the rider attempted to mount.

Sitting up caused the horse to shoot forwards and while riding any action of the rider, any movement, any request cause panic.

So I asked the owner “Well, what happened during his start under saddle?”

The horse really got super afraid.

They lost control over the horse as the horse pulled loose from the lunge line.

The horse bolted and as a consequence, the rider fell off.”

And so this horse was left in an intense fear in this first moment of having a rider on his back.

So what happened is this:

During a colt start, we are asking a horse to accept three things that are completely against his nature.

The first is, we are asking the horse to accept us, a predator, on his back where he can almost not see us.

The second thing is, we ask the horse to give us control over their gait, over their speed of travel.

So the horse is not free to choose anymore how fast or slow he wants to go.

That can be really terrifying for the horse, who relies on his speed to save his life in situations of danger.

The third thing is we ask the horse to give us control over where he goes, over direction.

So, all these three things can be potentially really scary for a prey animal.

What happened to that horse, he had received no explanation at all, no preparation, and he wasn’t treated with empathy or understanding for his nature.

So, all these three things at the same time triggered the prey animal in him. He reacted with intense panic.

He didn’t understand what was happening.

How would you teach a little boy to swim?

Usually, when you teach a kid swimming, you go from shallow water to deeper water.

You explain, maybe you put some air-wings on the arms.

At least that’s how my parents taught me. You go slow and step by step.

The kid can hang on to a board, so it can really understand.

You would do everything that the kid wouldn’t be afraid but that it’s a pleasure for the kid.

Instead, the kid is brought to a swimming school, and the swimming teacher has a different philosophy.

He just pushes the kid into the deep water.

Because he thinks the kid needs to learn swimming by doing.

So, most probably, as you can imagine, that kid will go into an intense state of fear and panic.

Because it will feel like it’s going to drown, obviously.

Maybe and most probably, he will be afraid of water for the rest of his life.

The same is true for our horses:

If the start under the saddle is messed up if it is not done properly if it’s not done carefully step by step and without preparations, it’s very likely that the horse will turn out to be afraid of being ridden.

The horse will end up seeing riding, not as a positive thing in his life.

Of course, some horses can deal with a quick and rushed start, but why don’t you want to set it up in a way that you can be 100% sure that it will turn out good for your horse?

Why risk anything during this so important step in your horse's life?

Here is my tip for you and your horse if you want to make sure that the start under saddle is going to turn out really good for your horse:

After you got this:

If you don’t have the skill to start your horse yourself, take your time to find a good professional who does it for you.

Don’t take this step lightly, do everything you can in your power to make this moment as easy as possible for your horse.